Bouncing Back from a Social Media Flop

No one is immune to a social media blunder, not even the President of the United States. Nowadays, most companies actively use social media, and with that comes misinterpretations, typos, uploading the wrong photo or link and other embarrassing blunders. As we all know, screenshots mean your mistakes can live forever on the internet, so simply deleting your post isn’t enough to bounce back from your social media snafu. We’ve seen many brands, however, take their misfortune and give it a positive spin by handling the recovery professionally. Everyone’s human and mistakes are bound to happen. It’s how you recover that sets your brand apart. In this post, we’ll examine some cringe-worthy social media fails and how companies handled them.

It’s important for your business to have a stringent approval process in place for all social media posts that are set to go live. Having an extra set of eyes on your content is a tedious but necessary step before posting to any social media channel. Everyone has an off day and needs an editor to prevent a small mistake from becoming a big marketing headache.

Both you and your editor should look for some of the most common mistakes. Here is a simple checklist you can both reference before hitting ‘send’:

Unfortunately, all the checklists and editors in the world can’t prevent every human error. It’s important to note that when you find yourself faced with online backlash from a social media misstep, the situation can be salvaged if handled correctly. Reacting professionally to public backlash from an offensive post or to content that missed the mark, can work to your advantage.

Sometimes you’re lucky enough to make a typo that doesn’t require an apology (but is just plain embarrassing!). Take for instance this tweet that still had a placeholder in it from McDonald’s that reads: “Black Friday ****Need copy and link****.”

This error screams a lack of proofreading on the social media team’s part for McDonalds. A simple oversight that turned into a very embarrassing moment. As we mentioned earlier - everyone needs an editor looking over their shoulder before posts go out.

While the McDonalds proofreading fail was embarrassing, other social media mistakes can be more serious. Here are some examples, along with steps that companies have taken to resolve difficult situations professionally.

If you find yourself in a situation where your social media problem is bigger than a simple typo, first things first: apologize. If you’ve made a mistake online, the first thing you should do is 1. Delete the post and 2. Say you're sorry. Mistakes will happen, so responding quickly and graciously to the audience you’ve upset can help lessen the blow. Quick reaction time is important because when it comes to social media, your message is relayed to your entire audience instantly, and the negative response can hit you almost as fast.

Assess the Gravity and Respond Quickly

There’s obviously a major difference between a small typo and content that’s deemed insensitive or offensive. If it’s something that can be rectified simply and quickly, do just that. Make an edit to fix the typo and move on. But, there are other times when a social media flub requires much more attention.

Consider an example from a very well known and respected organization, the American Red Cross. A tweet was accidentally sent out by their social media specialist using HootSuite that read: "Ryan found two more 4 bottle packs of Dogfish Head's Midas Touch beer…. when we drink we do it right #gettngslizzerd."

Before being removed, this post was live on the Red Cross account for approximately one hour for all 270,000+ followers to see. Clearly, their social media specialist didn’t realize she was posting from the company account and thought her tweet was going live on her personal account. The Red Cross quickly responded with “We’ve deleted the rogue tweet but rest assured the Red Cross is sober and we’ve confiscated the keys.”

People were very impressed by the Red Cross’s response and began retweeting immediately. Dogfish Beer took notice and took to Twitter as well - also using the hashtag #gettngslizzerd. The popular tweet began trending and with that, took another unexpected turn. Dogfish beer and other fans of the “rogue tweet” began to respond by encouraging people to donate to the Red Cross. One user wrote: “#craftbeer @dogfishbeer fans, donate 2 @redcross 2day. Tweet with #gettngslizzerd. Donate here https://tinyurl.com/5s72obb.”

Together with Dogfish Beer, the Red Cross turned this accidental tweet into a way to raise awareness for the organization and to encourage people to donate to a great cause. Dogfish beer also saw an opportunity here and used this to grow their own following. This is a perfect example of a company using levity to acknowledge a mistake, react and rectify quickly. They also saw an opportunity to turn a negative into a positive. Fortunately for the Red Cross, the tweet was light-hearted, making it less apt to offend, and easier to apologize for.

There are times, however, when rogue posts aren’t just a silly mistake but are ill-timed or offensive to your audience. In these situations, it's best to acknowledge your mistake and offer a heartfelt apology to your followers. One company that found itself in this situation was American Apparel. American Apparel thought that posting this photo on their corporate Tumblr account on the Fourth of July would be harmless.

It just so happened that the image of a “firework” their social media team thought they were posting was actually a picture of the Space Shuttle Challenger explosion in January of 1986. This is a tragedy in American history that killed 5 astronauts and 2 passengers. People were deeply offended by the brand using this image for their post. American Apparel responded by saying: "We deeply apologize for today's Tumblr post of the Space Shuttle Challenger. The image was re-blogged in error by one of our international social media employees who was born after the tragedy and was unaware of the event. We sincerely regret the insensitivity of that selection and the post has been deleted."

Here, American Apparel responded by recognizing the gravity of the error and offered a heartfelt apology to its followers -- a smart move.

In 2019, social media plays a very important role in most corporate marketing strategies. We find that using a service like HubSpot to schedule and manage your posts helps to streamline and organize your social media content postings. Having an easy-to-use and reliable scheduling system lowers your chances of making a mistake. In our Red Cross example, their social media specialist Gloria attributed her mix-up with not properly using their scheduling system. You can avoid this by making your brand pages your defaults:

Like mentioned earlier in the post, you can also check a preview of the featured image on each post right in the scheduling tool. A very useful feature when posting third-party articles.

Learning from Others Mistakes

As with any human endeavor, social media publishing is prone to error and mistakes are bound to happen occasionally. How your company rebounds from an embarrassing post provides an opportunity for you to reinforce some positive aspects of your brand image. Transparency is key when dealing with a social media flop. Be honest about the mistake. Your honesty reflects on the trustworthiness of the brand. But most importantly, taking responsibility. You don’t want to be perceived as a company that blames others for mistakes and refuses to hold itself accountable. Cowardly finger-pointing will leave a lasting negative impression on your audience. So, don’t run for cover, but be sincere and humble with your followers. Most people will forgive and move on, perhaps with a positive impression of your professionalism. Remember, one of the reasons your brand is on social media is to show your audience a more human side to your company. Like people, brands make mistakes, but the true character of the brand is revealed not in the mistake, but in the recovery. 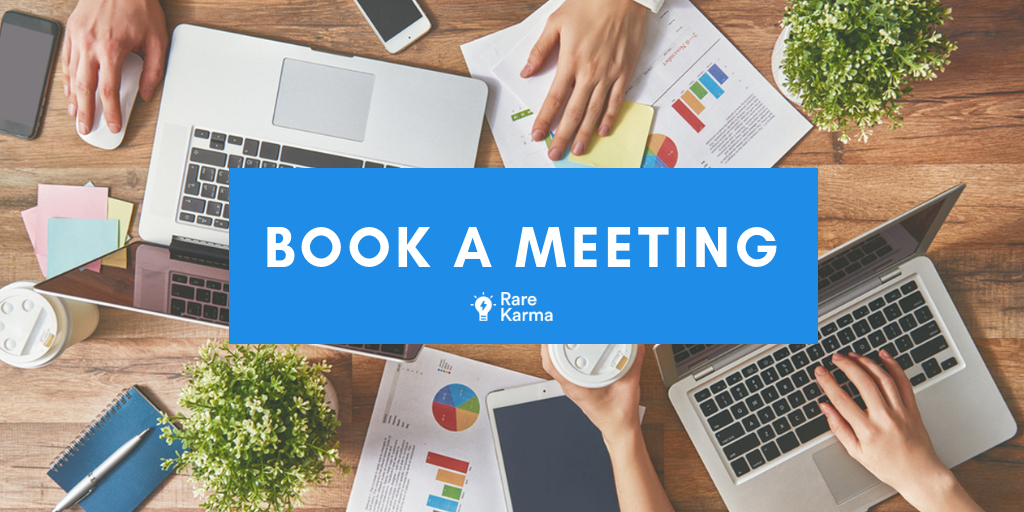 Written by The Rare Karma Team

Your email address will not be published. Required fields are marked *

We would love to hear from you. If you have any additional questions don’t hesitate to contact us.